Halfway To Hell Out Now!

"Halfway To Hell" is now available for pre-order by clicking the link below.  The record will be released on December 17th.  The CD's will start shipping as soon as they are available.  Order now and have it in your hands even possibly before the official release date.  New T-shirts are also available.
http://shop.lynammusic.com
Posted by Administrator at 1:57 PM 0 comments

The album is in the final stages of being completed.  Jason Elgin is mixing and the songs have turned out incredible in our humble opinions.  Release date, pre-order info, and tour dates coming soon.
Posted by Administrator at 4:59 PM 1 comments

New music is finally here!  Head over to our Facebook page and download the new song "Wrong Side Of The Grave" from our upcoming "Halfway To Hell" EP.  The song is available for free.  We will also be playing some tour dates with Pop Evil in September.  As always, we look forward to seeing everyone at a show!

Posted by Administrator at 3:08 PM 2 comments

It's been a while since we've given an update.  I know we promised a new EP, but several scheduling things came up that prevented us from recording.  All is good in the world of Lynam and we will release the EP this year (maybe even two).  Lonny from ADLER has played a couple of shows with us now and will be joining us in the studio and on the road.  We are very excited to have him on board and are looking forward to some cool things in the future.  As always, thanks for listening to our music and coming to the shows.  We love you all. 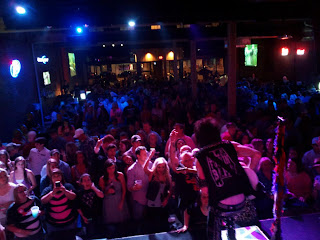 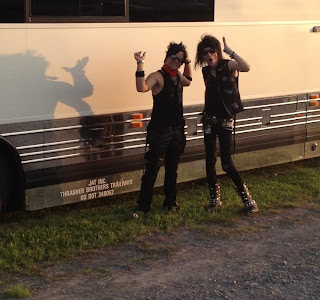 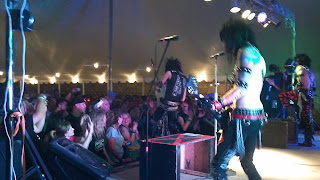 Posted by Administrator at 10:05 AM 0 comments

Our new EP Halfway To Hell is set to be released in May just in time for Rocklahoma.  Keep an eye out for upcoming tour dates. 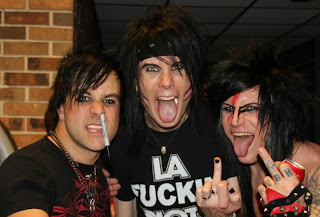 Posted by Administrator at 12:52 PM 0 comments


Happy New Year!  We have a lot in store for 2013 including releasing our new EP "Halfway To Hell".  We are scheduled to start recording in the next couple of weeks with Jason Elgin producing.

The toughest part of the recording process for us is narrowing down the songs.  We always have a ton of songs to choose from (in many different styles of music), it's hard to pick the songs.  Every band goes through the thought process of "do we give our fans another album that sounds like what they've come to love and expect, or do we go outside the comfort zone and make a completely different record".  Lynam has always been about our fans AND being true to ourselves as artists, so we are going to do both this year.  The first EP (Halfway To Hell) will be in the vein of "Slave To The Machine" meets "Tragic City Symphony".  The next batch of songs after will be something a little different.

It confused a lot of people when we released "Thank You Good Night" and said that it would be our last record.  A lot of people assumed we were breaking up even though we stated that "we're not breaking up".  The thing is, the pattern for bands has always been to make a record, tour for a year (or more if the record is selling or building a buzz) and then repeat the process.  We decided that we would take a different path.  Technology allows us to do things today that simply wasn't an option when the old model of selling music was created.  With iTunes, social media sites, Youtube, etc., getting music out is easier than it has ever been.  We decided, instead of putting out a record every couple of years, we would record 5 song EP's, singles or whatever variation we are feeling at the time.  The bottom line is, even though we're done making full length records, there will be new music from Lynam!

2013 is going to be a great year.  In addition to Lynam, David has a radio show at www.raggradio.com, Jacob will be doing ADLER dates and Cody has started a clothing line called Trash Tribe.  Thank you for all of the support and we look forward to seeing everyone soon!
Posted by Administrator at 6:45 AM 0 comments